Template:Refimprove Template:Use mdy dates This is a list of programming which has aired on the flagship American cable channel Nick Jr., along with the defunct late evening NickMom programming block which aired from October 2012 to September 2015. 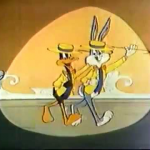